Having driven down it was time to park up in the Park & Ride area for the short trip to the Market Square which was the meet up point for the Parade to the Arboretum where the main event was taking place.

This was my first time with Leodis Pagan Circle and I was so looking forward to being there with my ‘Pagan Family’.

As we arrived at the Market Square there were lots of people milling about and lots of greeting of friends and people we only see once a year at the event but still remember each other from year to year.

And so it begins… The orderly queuing as Esme (the founder of Pagan Pride) walks up and down with loudspeaker in hand getting us all in to some semblance of order with our excitement building to make our way to the Arboretum.

Some of us had brought drums and whistles to make as much noise as possible which made for a very musical procession.

We start off (fashionably late on PST as I call it or Pagan Standard Time) snaking our way through the streets of Nottingham. Chants start up and the familiar replies, “We all come from the Mother… And to Her we shall return” and “We are Pagan, We are Proud!” are the most common two you will hear.

Passing various landmarks and buildings along the way with comments being made by members of the public watching us and the fed up looks from bus drivers as the traffic is held up for the hundreds of us that are on the parade route. We all have a laugh and a joke at how the Pagans have taken over the streets. It truly is a sight to see.

We eventually arrive after around 45 minutes where the fun really begins. The many Pagan themed stalls and talks then commence.

We staked our claim to a patch of ground under the trees near the refreshments stalls as a rally point and then it was time to explore the various stalls and listen to some of the talks and demonstrations, checking back occasionally to make sure everyone was ok and nobody was ‘lost’.

Quite a few of us met up for lunch and tucked in to pulled pork sandwiches and shared stories of our various paths and what we had discovered that day so far.

The highlight of the day had to be Inkubus Sukkubus headlining on the main stage. I also got to have my pic taken with Candia! RESULT!!

All in all a fantastic day for the whole of Leodis Pagan Circle. I think it’s safe to say we all came home happy, chilled and relaxed albeit with achy feet and in my case, shoulders. 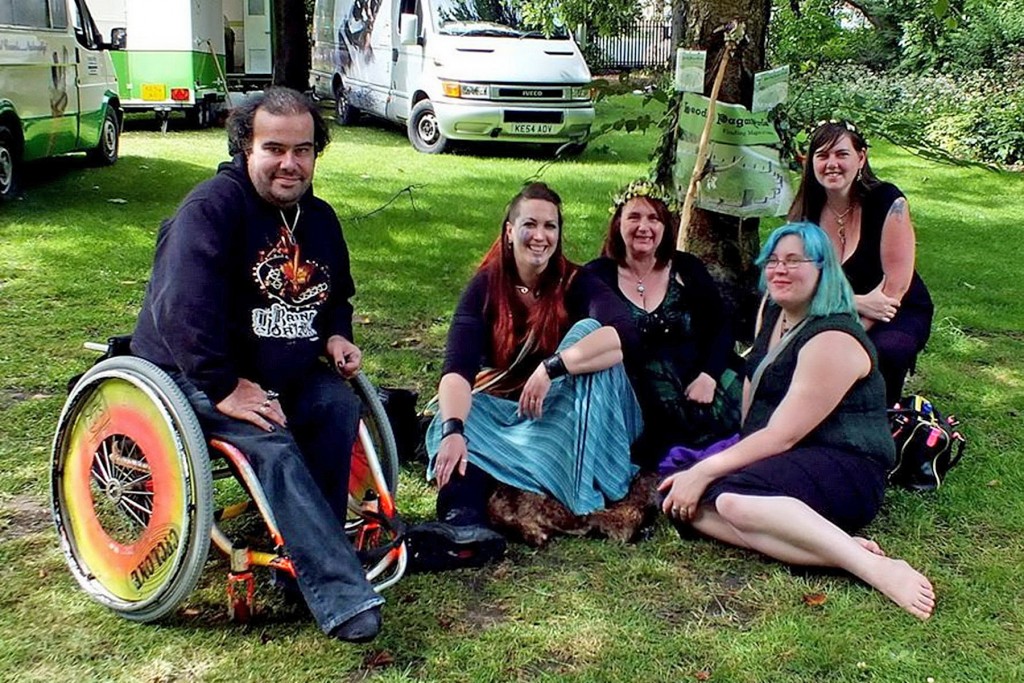