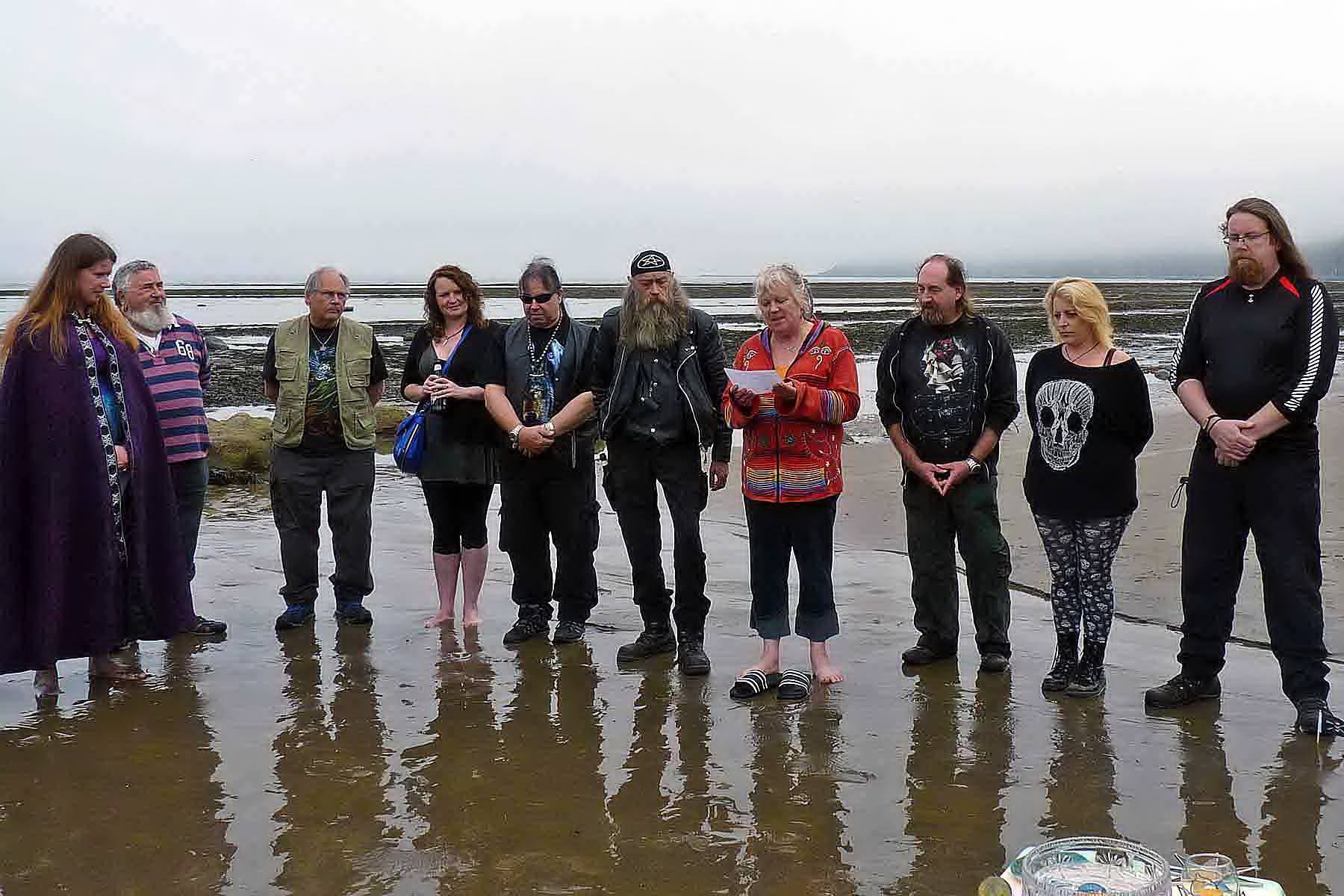 Leodis Pagan Circle’s summer picnic was held in North Yorkshire on Sunday 12 June 2016. People were invited to meet up for a ramble to the Bronze Age Ramsdale Stones followed by a picnic at Boggle Hole near Whitby.

Only 8 of us made the trek to the Ramsdale Stones but what a quality group that was. The friendship and camaraderie was noticeable as we made our way through the misty, muddy fields. We laughed and joked and squelched our way through the ethereal scenery to be greeted by the majestic stones as they stood proud in their isolated spot. Nano (our group’s historian) gave us a brief talk about their history and then Jeff addressed each quarter and spirit at the centre. His beautiful, evocative words made the site come alive and then Eleanor led us in a magickal ritual to honour the site. By the time we left, the stones and surrounding area were thrumming with renewed vitality – and so were we!

When we arrived at Boggle Hole, several of our friends had already gathered there and we picked our way through the rock pools to our chosen picnic site. Although the weather was misty, we only had sprinklings of rain and we were comfortably warm all day. I, for one, love the mist so it certainly didn’t spoil anything for me and I didn’t hear anyone else complaining.

Friends old and new were busily settling down, chatting and laughing; families were rock pooling and making sandcastles. A beachcombing competition was soon underway and every generation joined in the search for the most interesting find. After some free time spent chilling, chatting, eating and drinking, we were ready to honour the sea gods and goddesses with a ritual specially written for the occasion by Sally.

The ritual was expertly led by Sally and Nano but several people were invited to take part; the star of the show being young Alex in his first role, closely followed by an awesome performance from Jeff that left everyone flabbergasted. ALL the participants and spectators were stars though – it’s only because people turn up to support our events that it becomes worth making the effort to organise them. After a visit to the free sweetie stall and judging of the beachcombing competition it was time to wend our way home; having enjoyed another joyful occasion when the less-than-sunny weather didn’t spoil one single second.

See our photos from the day.